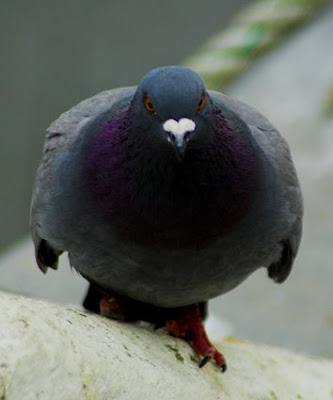 In the United Kingdom, Remembrance Sunday is the second Sunday of November, the Sunday nearest to 11th November (Remembrance Day), which is the anniversary of the end of the hostilities of the First World War at 11 a.m. in 1918. A two minutes silence will be observed at 11.AM and poppies will be be worn to show a mark of respect. Poppies are the flower that grew in abundance on the Flanders Fields, where so many fell during the battles of Ypres, Passchendaele, and the Somme.

Armistice Day is the anniversary of the symbolic end of World War I on 11 November 1918. It commemorates the armistice signed between the Allies and Germany at Compiègne, France, for the cessation of hostilities on the Western Front, which took effect at eleven o'clock in the morning - the "eleventh hour of the eleventh day of the eleventh month." While this official date to mark the end of the war reflects the ceasefire on the Western Front, hostilities continued in other regions, especially across the former Russian Empire and in parts of the old Ottoman Empire. In the United States, Armistice Day was renamed to Veterans Day in 1954.

As it's critters I thought homage to the the humble pigeon who has played his own part during the wars.

Messenger pigeons were used extensively during World War I. In 1914 during the First Battle of the Marne, the French army had 72 pigeon lofts which advanced with the troops.

The US Army Signal Corps alone used 600 pigeons in France. One of their carrier pigeons, a Black Check cock called Cher Ami, was awarded the French "Croix de Guerre with Palm" for heroic service delivering 12 important messages in Verdun. On his final mission in October 1918, he delivered a message despite having been shot through the breast or wing. The crucial message, found in the capsule hanging from a ligament of his shattered leg, saved around 200 US soldiers of the 77th Infantry Division's "Lost Battalion".

During World War II, the United Kingdom used about 250,000 messenger pigeons. The Dickin Medal, which is the highest possible animal's decoration for valor, was awarded to 32 pigeons, including the United States Army Pigeon Service's G.I. Joe and the Irish pigeon Paddy.

For more wonderful camera critters see MISTY DAWN Camera critters and be sure to leave a nice comment for Misty' s own outstanding posts.
Posted by Jane Hards Photography at Sunday, November 09, 2008

i see that pigeon mail in my mind sandy

What a gorgeous pigeon and what a lovely post.

I had no idea they decorated pigeons. Interesting! I'm planning on passing along the information about Paddy the Pigeon to my friend Paddy. He'll enjoy that, I'm sure.

We don't often think of pigeons as animals of valour, bravery, or military significance, but it's true. Great unique Rememberance Day post.

In the U.S. we will celebrate on Tuesday; most of the country gets the day off of work and/or school, and there will be parades in many towns, including mine.

What an interesting post, nice shot of the pigeon too.

Thank you for the wonderful photo and the informative post. The story of Cher Ami was especially poignant... what a courageous pigeon!

I'd forgotten about the animals used during war. Good post for today.

Very imformative and nice shot of the pigeon.

Babboshaka: Another super interesting post, you capture such neat subject. I loved your pigeon photo.

That pigeon has been porking down some peanuts or something! He's huge and he ewas giving you the eye, B! Great shot of the lowly pigeon.
V

Poor Cher Ami, but what a champ. What a gorgeous picture and a lovely way to commemorate. I love the history I learn at your site.

Wonderful post very informative and love the picture of the Pigeon.Thanks for the visit

the picture is awesome

Nice pic and enjoyable post. I guess I can think positive of pigeons from now on.

What a wonderful post and the perfect critter to choose on this day of remembrance.

I posted on this last week, but your post is superb! I love that shot of the pigeon. Very friendly, it did pose for you unlike the ones I saw here. :)

Wonderful post, Babooshka, and a wonderful "critter" to have chosen for this Remembrance Day. Thanks!

Thanks and Aloha for such a well done post & excellent picture of an oft overlooked hero!

A fat and pretty pigeon and great tribute to veterans.

What a beautiful story and wonderful tribute to "Remembrance Sunday!" How lovely that you recognized the importance of the pigeon for your CC post as well! Your knowledge of history is fascinating. I have forgotten so much of it and I never knew that about the 250,000 messenger pigeons and the Dickin Medal being awarded to animals for their valor! Another fantastic post!!!! Ohhh, got carried away there...the picture of the pigeon is fantastic!!

Great post, very informative about these incredible pigeons, sure deserves a place in history books.

In a world of virtually instant communication, any young person reading this would boggle.

Babooshka, You are a Lady : Thank You for this lesson of History...

"NEVER FORGET, for not again !"

Your photo is very nice : this pigeon seems an eagle...

now i know why gordon brown was wearing a red poppy on his lapel all this week...

That's a really original take on Remembrance Sunday - and a great shot!

I asked the young cadet I was buying a poppy from if I could take her picture, but she said that they were really wary of getting their pictures on websites. For obvious, and sad, reasons, I guess.

A beautiful tribute Babooshka, and I love what web said, the pigeon looks like an eagle :)

I loved the history lesson. In the city, pigeons are often considered a nuisance. We forget they were once very important to the military. I do love the shot of the pigeon. He looks very regal. BJ

Again thank you for the informative post about how pigeons were used during WW II. I often watched "Allo, allo"which is a parody of the work of the resistance in France. They didn't use pigeons to send messages but ducks. It's quite funny of course, but in reality a great job was done overthere in France.

Perhaps a cousin of the subject of my post today?

Great shot and history. That bird is looking right at the camera!

Very informative pic and piece. Have a nice holiday.

What a beautiful bird. Thanks for the visit.

Great photo and lots of information. I never knew that pigeons were awarded medals.

What a beautiful story. I love the story about the pigeon. Thank you for sharing.

What a beautiful story. I love the story about the pigeon. Thank you for sharing.

Great picture and a wonderful reminder.

Head on shot with this bird! They surely were helpful then, nowadays if they are abundant, poop problems arise no?

Have a nice week J.

Thank you for your comments on two of my posts. Sorry I didn't had time to reply to you after the first one.
I know that in many countries Nov. 11 is off, but here in Canada, I still have class that day. Too bad for me ;(
Great post, like always !

That is one fatso pigeon, too much over eating and not enough flying I would say. hah
Seriously they did an amazing job during the war, and deserve decoration, I am sure thousands would have died in the course of duty.
11th November is not a holiday in New Zealand, but it is remembered and commented on by the news andd the RSA's.

that's a fascinating tale of pigeon lore. I really had no idea. I'd heard of dogs and horses being decorated, so I suppose it's not a great leap to decorate birds as well... Thanks for a very unique perspective!

Oh, and a fine photograph too!

The eye contact you've achieved in this bird portrait is wonderful!

Hard to reconcile the importance of the carrier pigeon with those of the common nuisance variety constantly pecking on the streets of most major cities.

This picture is adorable !
I live not so far from Flanders Fields, anyway Belgium is a very small country and nothing is far away. I have a post about "L'Armistice" today.

I wonder was it a special breed of pigeon or can any pigeon be trained to carry messages.

This is a truly special and fantastic post. We will be having "Veterans Day" here in the US on the 11th of November.

That photo of the pigeon is spectacular!