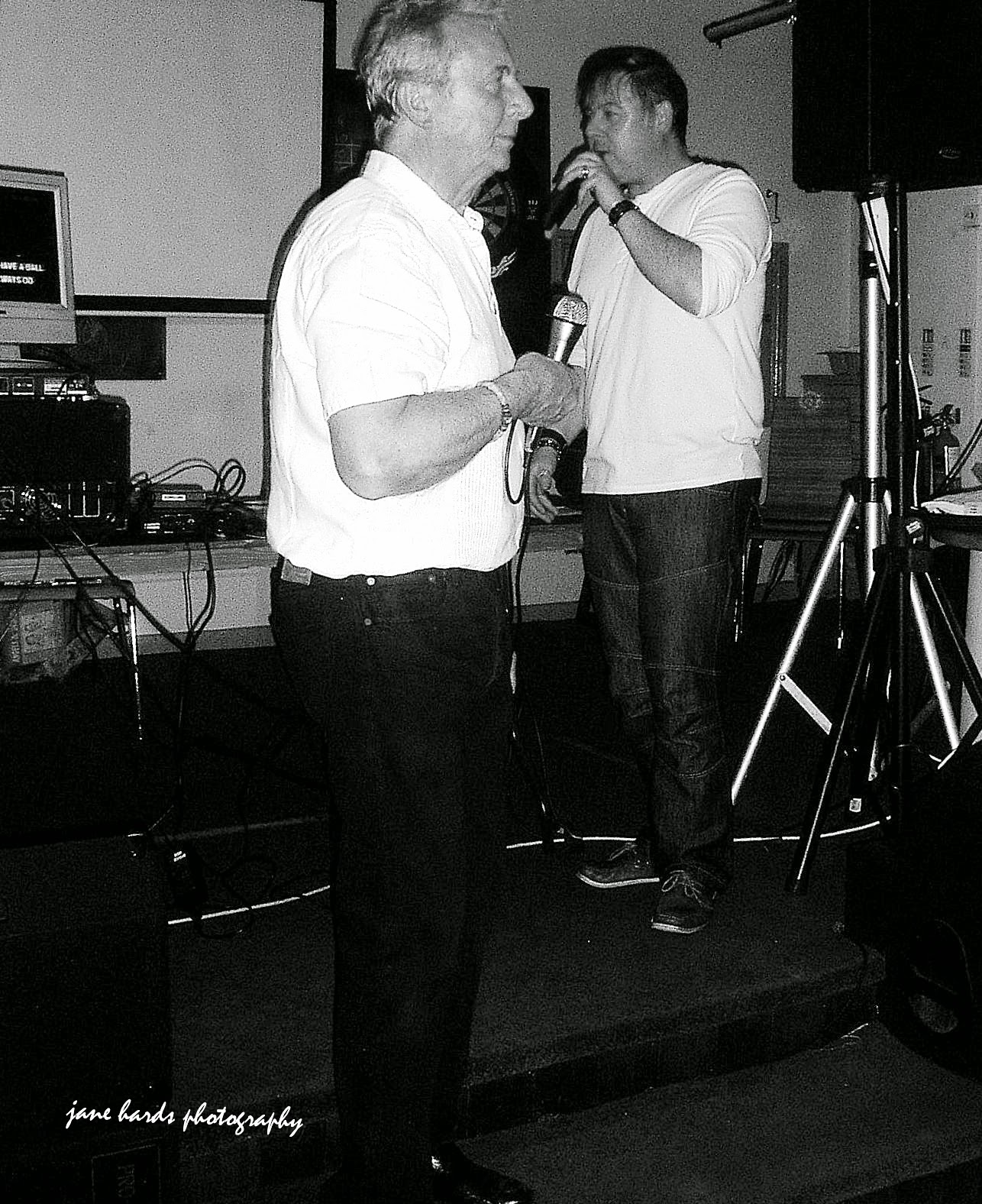 
Ramsey, seems to have become the unofficial home of karaoke on the Isle of Man. Not that other towns here don't have regular karaoke, we just seem to have more people running karaoke and even more wanting to get up and murder songs or own a tune, depending on who it is. To be fair, the town has a high percentage of fantastic singers who are a pleasure to listen to.  Sometimes it's the comical strangled cat style of singing which is the somewhat hypnotically entertaining in a road crash kind of way.  Steve and Bob, run karaoke on Friday nights in the town, other nights during busy times, like the Isle of Man TT and special holidays. The venue may have changed, from The Stanley pub, to Bar Logo, but the full house of singers have followed them and karaoke, the Friday night Ramsey ritual remains, like the song, the same.

This post is part of abc, and more can be found here
Posted by Jane Hards Photography at Tuesday, September 23, 2014

Not same as stanely though. miss them days ):

I have never done karaoke!

I should like to do karaoke once. I have never heard karaoke before. Thanks for visiting. I remember that you once told me in your post that there were many traces of Celtic tribes in the Isle of Mann. That is probably the reason of the tartans worn on Mann.
Wil, ABCW. Team.

I've done that once- for the sake of other people's hearing, I'd better not do it again.

Karaoke is a staple part of Ramsey life. Fun at times, and painful on the ears at times too, but definitely represents the town I blog and live in.

Karaoke is such a fun thing.
Ann

Karaoke on the Isle of Man!
Whatever next?
Never tried it but used to, with a group girl friends got up and sang 'Anyone who had a heart', the hit by Cilla Black in the sixties...this was accompanied by an old girl on the piano...we raised the roof!
We girls were choristers from the local church choir on holiday down in Devon. Rather topical as the current docu-drama about her on TV...we were very popular coming from Liverpool and we all met Cilla on nights out at the Cavern in Liverpool, She really was terrific...So we were the original Karaoke singers in Devon.
Best wishes,
Di.x